Erdödy-Patačić Palace is a one-storey building situated on the west corner of the square with a façade facing east. It was built in the second half of the 18th century and is considered one of the best proportioned buildings of the Baroque Era in north-west Croatia during the reign of Maria Theresa, with an L-shaped layout. There are 17 window axes on the 1st floor, with the 1st and the 2nd, as well as the 13th and 14th laid in two lateral avant-corps, whereas the 7th, the 8th and the 9th axes are in the more emphasized middle section. The stone portal is lavishly decorated. The lateral avant-corps have triangular gables, whereas the middle avant-corps has a semi-circular one. The wall face of the ground floor has horizontal rustic finishing. The ground floor windows have plainly profiled frames. The cordon cornice divides the ground floor from the first floor, which is again divided in fields by pilasters. The first floor windows are tall rectangles with simple frames, prominent window sills, adorned with parapets and with three types of lintels: semi-circular, segmental and broken. The roof cornice extending to both facades is profiled. 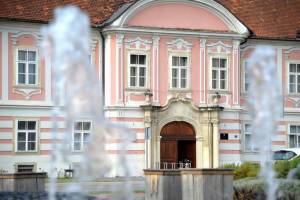 There are eight axes on the ground floor and the 1st floor of the south façade. The ground floor windows in the 1st and 8th axes are walled in. The façade of the 1st floor, in the 6th and 8th axes, follows the style of the main façade, only that all the 1st floor lintels are semi-circular, and all the parapets have rectangular lining. A baroque mace has been preserved on the south-east corner of the ridge.The layout of the rooms with arched ground floor has been preserved. During the reconstruction in 1960 the big original stone columns in the great ground floor hall were covered with a coarse gravel mosaic.
Wissert wrote about the palace as follows: “Marija Magdalena, Countess of Nädasy-Drašković, bought the land in 1700 to build a Capuchin monastery. A Gatthany is mentioned as her neighbour to the north. Can it be a typo, shouldn’t it be Batthiany?
Later the Erdödy family inherited a house in Varaždin from Batthiany, but it is still not known where its precise location was. It may have been on the site where the Zrinjski army barracks used to be? It has always been thought to belong to the Counts of Patačić. The information should now be rectified. It was built by the Erdödy family. It served them as a representative house at the time when many of our nobility had houses in the town. In 1810 Count Ivan Erdödy sold the house for 16.000 fl. to nobleman Franjo Bedekovich, the court clerk, and to Count Fridrik Patačić. The latter took possession of it and as he was the last of his line, the house became part of the Patačić family estate.
The last of the Patačić line was Eleonora, the widow of Ivan Patačić, who died in 1834. She appointed nobleman Antun Kukuljević-Sakcinski to be the executor of the will, and the manager of the Foundation. However, he politely declined, so the management was entrusted to the county treasurer. The estate, which consisted of two palaces in Varaždin and part of the Foundation, was sold at a public auction in 1860. Erdödy-Patačić Palace on Kapucinski Square was also sold then. It was bought by the municipality to provide lodging for soldiers. The palace had been used for this purpose until 1945, when it became the Yugoslav National Army House.
In 1850 the conversion and extension plan to convert the palace into army barracks was drawn up by Bogomir Siegret, assisted by Franjo Arnold and Franjo Graguschnika.*

Documents on reconstruction of the courtyard building, used by Caritas until recently, landscaping and energy renovation of the whole block are being drafted. 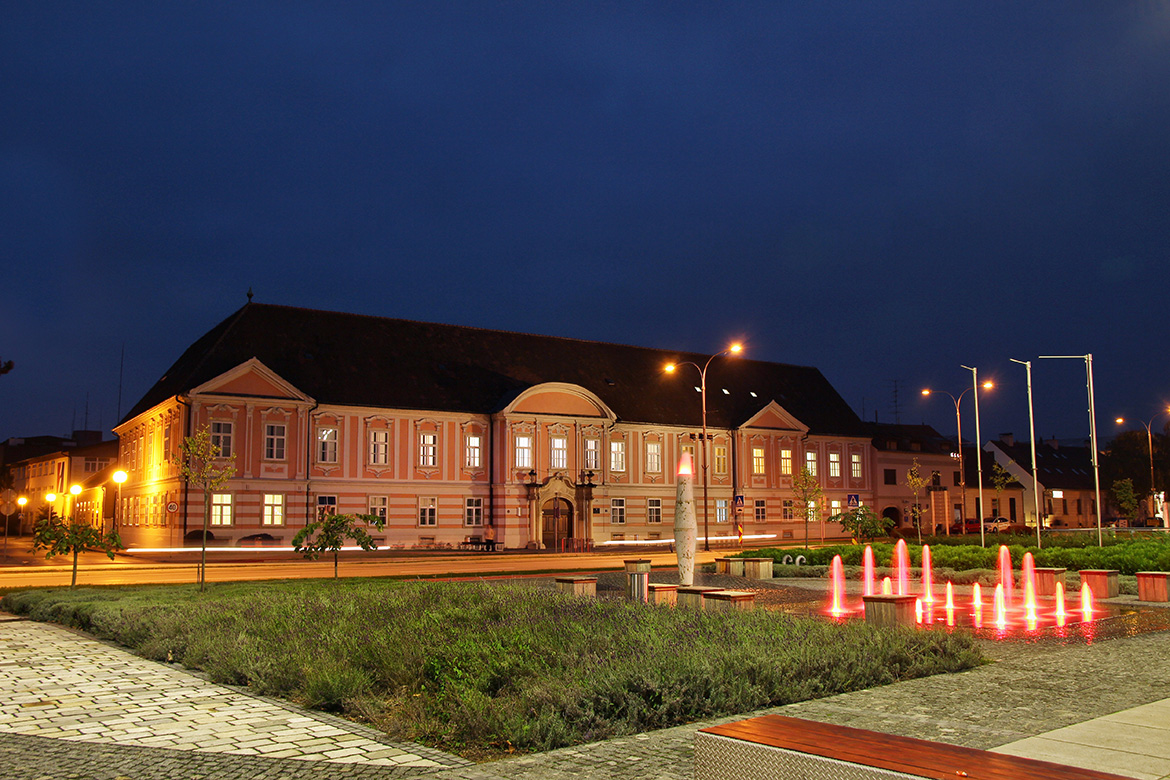