According to initial estimates, about 6,000 people enjoyed the performance of students from the Varaždin School of Music and the students of the Maribor Conservatory for Music and Ballet, who have been preparing this popular work of classical music under the guidance of their conductors, Dada Ruža and Slavko Magdić.

“It was very demanding to us, because this musical piece is very demanding for the high school age. We fought bravely and overcame this challenge. I think that there were no such performances with young people, who were not only in the choir but also in the orchestra, said the professor of Varaždin School of Music, Dada Ruža, who conducted the performance in Varaždin, while her Slovenian colleague, Slavko Magdić, will do so in Maribor.

Young musicians were joined by the members of the Chorus angelicus Choir under the guidance of Anđelko Igrec, and for the first time, the Children’s Choir of the Varaždin School of Music under the guidance of Rosana Cepanec Dugandžić. The audience rewarded them with long applause and standing ovations for their dedicated work and an excellent performance. The Schools principal, Davor Matačić emphasizied that the City of Varaždin and the Varaždin County could have hired a professional choir and orchestra for this performance, but they decided to support the School and give young people the opportunity to try something what is today called a “school for life”. The realization of the project, supported by the City of Varaždin and the County of Varaždin, was signed by the Varaždin Concert Office. 350 young singers and musicians were joined by professional soloists, soprano Ivana Lazar, tenor Danilo Kostevšek and baritone Armando Puklavec. 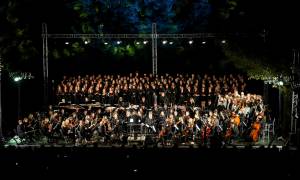 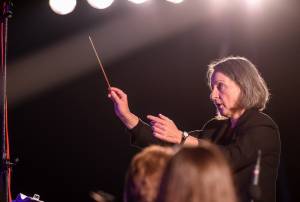